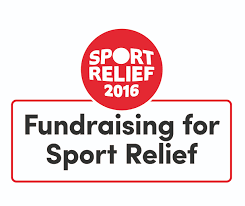 Staff and pupils at WSAPC Littlehampton donned their sports gear in aid of Sport Relief 2018. Collectively they raised a total of £54 by having the opportunity to compete in a number of tournaments and challenges throughout the morning, including football, basketball, table football, dodgeball and ping pong. Some pupils spent time making and decorating cup cakes which were later sold and eaten! Pupils then attended assembly to celebrate and praise those pupils who organised and took part in events. Well done Littlehampton!